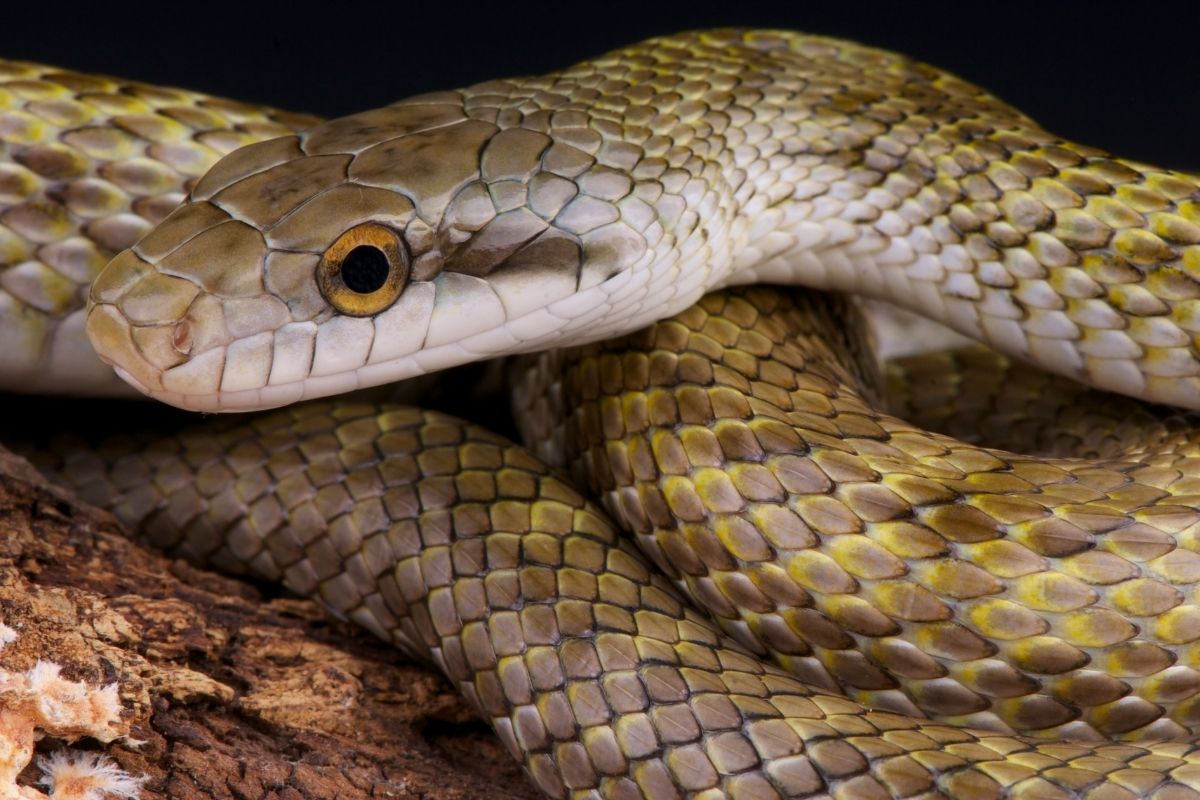 Snakes are mysterious animals, and we actually don’t know a lot about them when compared to other pets like dogs and cats, and this makes people wonder how intelligent snakes really are. Some people wonder if snakes even have brains at all.

So while snakes do have a brain, their brains are very different from ours and from those of most mammals. Keep reading as we explore the fascinating world of the snake brain and how it functions, and what your snake really is and isn’t capable of.

Do Snakes Have Brains?

All Snakes have brains, but their brains are limited in size and capabilities when compared to the brains of most mammals and other animals.

The snake’s head is the location where the bone-enclosed brain and sensory organs are found. Snakes have nearly all of the same senses as humans, with a few interesting modifications in hearing, vision, and smell organs.

Snakes are unable to feel human emotions such as love or affection. So no, they can’t love you back. They may, however, have an affinity for you as a non-threatening being that cares for it. You can learn how snakes show affection here.

Snakes lack the part of the brain that is capable of generating emotions, so they recall only occurrences such as “last time I smelled this, I fed it,” or “last time I saw this, I was hurt,” or even “I’ve been here before.” Snakes have a memory; they just don’t interpret it using their emotional brains.

Research also has shown that snakes do get more intelligent as they get older. One experiment has shown that snakes that are younger may be more adaptable in finding their way out of a tub using a variety of cues, whereas older snakes rely on what they already knew and have learned to use their eyesight to get out, and were less likely to be inventive in employing new kinds of signals.

Snakes are clever, but they don’t always demonstrate their intellect in a way that we can comprehend. Snakes have the ability to learn, identify boundaries, and pursue their prey, but there is still more study needed to fully understand snakes’ minds.

How smart are snakes compared to other animals?

Snakes, in comparison to other animals, are rather dim. Many other species, such as birds, mammals, rodents, and others, have a considerably greater capacity for learning and applying new skills. Snakes are still smarter than previously believed.

Snakes are more clever than we give them credit for, according to some researchers. We all know that testing a snake’s intellect is tough, so we may not have an accurate picture of their brains’ potential.

Can a Snake Think?

It is difficult to say whether or not snakes can think, as this term invokes a complex set of images and connotations in humans. We do know that snakes have the ability to learn and remember things, but we’re still unsure about how much they can process information.

It’s hard to say for sure whether snakes do or do not think – more research is needed in this area. However, we do know that snakes are capable of more than we give them credit for, and they should not be underestimated!

Snakes can remember things, but we still don’t know how strong is a snake’s memory, how much they can remember, and what exactly can they remember and what they can’t. We know for sure that they do indeed remember certain cues and make associations.

When 24 corn snakes were placed in a tub with holes in it in a brightly lit room, they went to the tub’s perforations, according to research.

Snakes demonstrated an ability to find a hole faster the second time, according on researchers. In reality, they appeared to pick it up rather quickly.

On the first day, the snakes took more than 700 seconds to discover the escape route, but by the fourth day of training, they had reduced this time to around 400 seconds. This proves that snakes can remember cues, learn a new behavior, and adapt it.

How does a snake’s brain compare to mammals?

If you’re comparing a snake to a dog, the dog is simply far superior. But snakes are still smart enough. They are excellent hunters and demonstrate how clever they are by having such a large population in the world without legs or arms.

You won’t be able to teach a snake how to do tricks like you can a dog, since their brain doesn’t comprehend language and snakes are solitary animals, so there’s no need for them to socialize with others.

In conclusion; snakes do have brains, but their brains are not as developed as our brains or the brains of most mammals or animals.

The truth is that we still don’t know much about the snake brain because it’s extremely difficult to study them since they are not motivated by food or social interactions like all other animals, which makes testing them extremely challenging for scientists.

We do know some things about snake brains; they are wired for survival and mating, they do have the ability to feel certain basic emotions such as fear and hunger, and they do possess an ability to remember cues and make associations. Still, we have a long way to go to completely understand the snake brain.