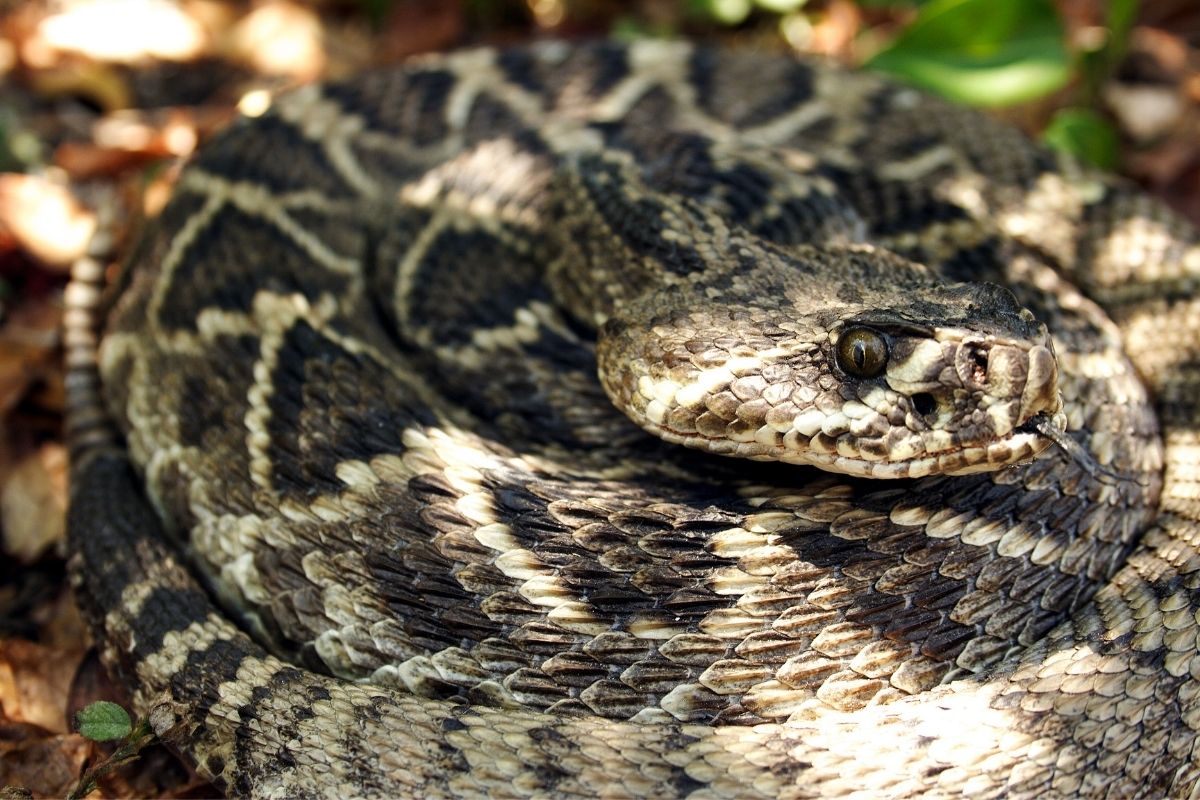 Have you ever looked at your snake and wondered how do they even breathe? Have you held your snake in your hand, put your finger close to their nostrils (bad idea,btw), and wondered why you can’t actually feel any air coming out? shouldn’t they be exhaling? Don’t tell me I’m alone in doing this and asking these questions.

But of course I’m not, and it’s only normal to wonder about how the anatomy of your pet actually works and functions.

So, do snakes have lungs? Snakes have lungs but most snakes only have one lung because snakes breathe in a way different from us and don’t need to exchange gasses to live. Snakes’ lungs don’t have a diaphragm and breathe by contracting and relaxing muscles between the ribs.

Snakes are very different to us in many ways, even how they breathe is quite different to us. As a snake owner, it’s important to understand how your snake actually functions to make its life better and to be able to spot any health issues before they become serious.

In this article, I’m going to do my best to answer all your questions and explain how your snake breathes, so keep reading..

Do Snakes have lungs?

As answered earlier, yes, snakes do have lungs. The position, shape, size, and even number of lungs in snakes can vary depending on the species of snakes, but you can always count on their lungs being elongated and a bit extended throughout their body’s length.

Some snakes will have only one lung, other snakes will have two lungs, but regardless of the number of lugns snakes have, their lungs still work pretty much in the same way as our lungs and the lungs of all other animals.

Where are the snakes’ lungs?

The interior structure of a snake’s lungs is similar to that of humans, although their distribution is more widespread and they frequently extend beyond the snake’s chest.

Snakes may have two lungs that run the length of their bodies, one on the right and one on the left. Some snake species, on the other hand, only possess one lung. The lung of an aquatic snake is located near its tail (cloaca) and serves as an air sac for storing air.

In all snakes, the right lung is there. It’s huge and covers the snake’s body, frequently extending past its chest. Its length, on the other hand, varies according to species. It’s divided into two parts.

The respiratory function of the portion adjacent to the snake’s head is to allow oxygen to be exchanged. The rest of the section is positioned near the tail. This bottom region of the right lung resembles a balloon more than it does a lung when viewed end-on. Gas exchange does not occur in this zone.

How do snakes lungs work?

The respiratory system of snakes functions very similarly to the one in humans and ammamals. Snakes use their nostrils to breathe in and out, and if they want to take a larger breath of air, snakes will use their glottis via its mouth similar to how humans do it as well.

The difference between snakes and humans is how they move their air through their body. While mammals use the diaphragm muscle to move the air, snakes expand and contract their entire rib cage since they don’t have a diaphragm. This works for snakes primarily because of how their lungs are shaped.

When breathing, the ribcage of a snake will expand to let in the air that will move from their nostrils (and glottis) and down the windpipe before entering the lungs.

They will then absorb the oxygen in the air and get it into their circulation system before emitting the carbon dioxide out through shrinking their rib cage to force the air out of the lung, through windpipe, and out of the rib cage completely.

Some snakes cheat breathing, sort of

While most snakes breathe in the way explained above, some snakes can cheat to hold their breath underwater for much longer than you would expect them to be.

These are the sea snakes, and they can hold their breath underwater for hours.

How do they do it? Basically, they do it by imitating fish.

When compared to other snakes, certain species of sea snakes have a lot of tiny blood vessels just beneath the surface of their head.

Because the blood in these vessels has little oxygen, they may extract this from the water by passing through the skin. They operate similarly to fish gills and enable them to breathe underwater.

The pigment of this interesting feature isn’t strong enough to sustain life underwater all of the time. That’s why they must come up for air from time to time.

Do All Snakes have lungs?

Snakes, like all other vertebrates, have lungs. Snakes’ lungs vary in shape, size, number, and function depending on the species. Some snakes have two sets of lungs, while others only have one. Their lungs function similarly to human lungs in terms of how they work.

And yes, snakes are veterbrates. Snakes have a skeleton, bones, and everything else you expect to find in a vertebrate.

How many lungs do snakes have?

The majority of snake species only have one functional lung, which is split into two halves and covers the length of the snake. These animals do not require breathing gas exchange to live. Other species, on the other hand, have two (right and left) lungs.

Snakes with two lungs utilize only the right lung to breathe. Snakes that have a bigger right lung exchange gases across their greater part, whereas the lower portion stores air and serves as an air sac. The left lung is frequently less than half the size of the right lung in snakes like colubrids, gradually decreasing until it is almost absent.

Snakes that have a tiny or missing left lung will have an extra internal organ called the trachea that helps with their breathing. The trachea is like a long straw that is held withing the snake’s body by cartilaginuous semicircle.

However, regardless of the number of lungs a snake has, they will all still function exactly the same.

Signs your snake has trouble breathing

Excessive mucus, nasal discharge, lethargy, lack of interest in food, wheezing, and the ability to gurgle or open mouth breathe are all signs of respiratory disease in snakes. “Most respiratory illnesses in snakes are caused by germs and may be linked to mouth rot.”

All snakes do have lungs, although the shape and size of the lungs varies from species to species. Snakes use their lungs in a similar way to how humans breathe, by inhaling and exhaling air. Some snake species can hold their breath underwater for extended periods of time by extracting oxygen from the water like fish do.

However, all snakes will eventually need to come up for air.

Signs that your pet snake is having trouble breathing include excessive mucus, nasal discharge, lethargy, lack of interest in food, wheezing, and the ability to gurgle or open mouth breathe. If you suspect that your pet is having respiratory problems, take it to a veterinarian immediately.

Can Snakes breathe while eating?

Snakes do breathe while eating because swallowing their prey whole requires a lot of muscular movements which requires oxygen that they can only get through breathing.

Snakes are able to extend their glottis out the side of their mouth while swallowing their whole prey so it can still take in oxygen while they are swallowing a large prey that seems as if it should block the air entry.

Snakes can breathe underground without problems as they can still get the oxygen needed to breathe through their nostrils. Snakes don’t require a lot of air so it’s not a problem for them to stay underground for long without suffocating.