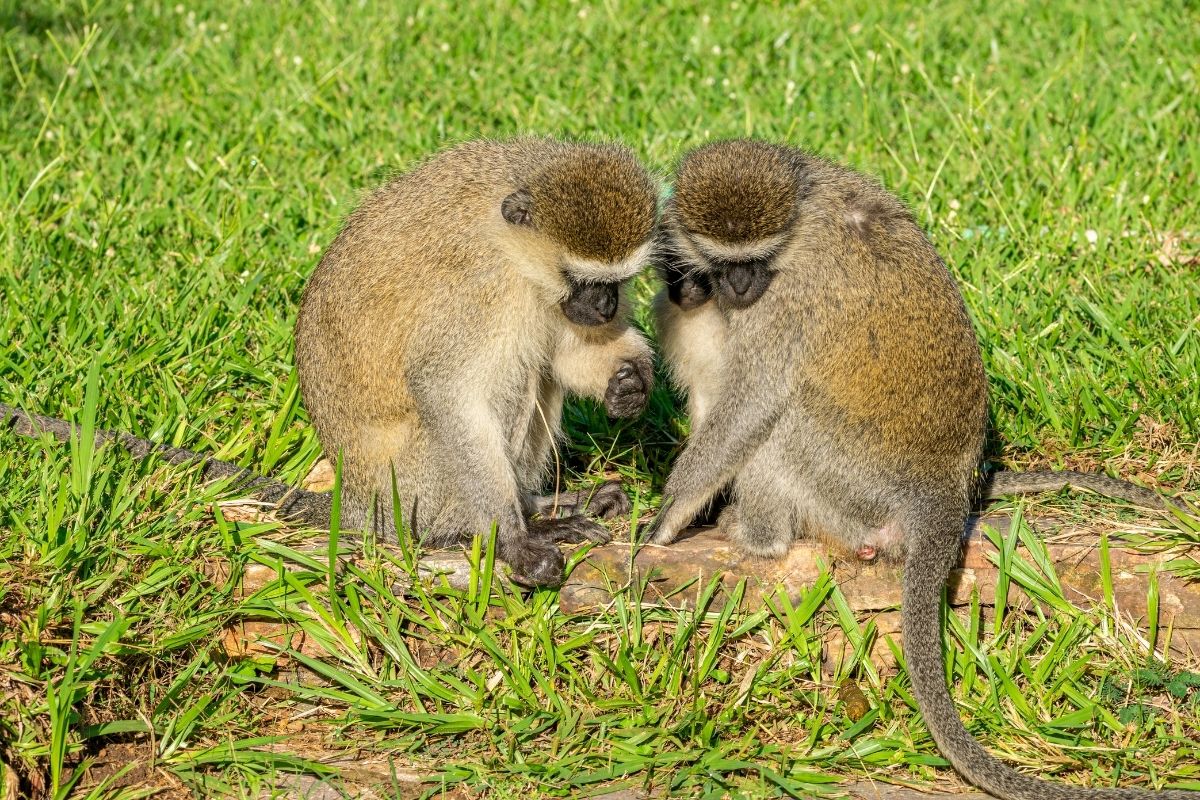 Monkeys are no different. Just because they may walk on two instead of four similar to us doesn’t mean they can simply go the toilet, and poop is actually quite a problem with monkeys.

So, where do pet monkeys poop?

In the wild, monkeys poop anywhere and don’t have to worry about it. As pets, monkeys should wear diapers all the time because it’s not easy to potty train them. Monkeys can also poop outside which is closer to their nature or in their cage which is not hygienic. Some rare monkeys can be trained to use the toilet.

So, these are your options. To understand more about them and to find out which route should you go, let’s discuss each of these options in a bit more detail… stick around.

Where do pet monkeys poop?

In the wild, monkeys poop anywhere really and don’t have to worry about it. That’s because they live most of their lives high up in the trees so their poop will fall to the ground, far away from them.

Unlike dogs or cats, monkeys don’t have the instinct to bury their poop to hide their presence from predators. That’s because monkeys live high up in trees where they are less likely to be threatened by predators than animals on the ground will.

That’s one of the main reasons why monkeys are hard to potty train and are impossible to train to use a litter box.

But for pet monkeys, this can’t be allowed. You can’t let your pet monkeys simply go anywhere in the house when they feel like it. So, what are your options?

Here is where should pet monkeys poop:

When you’re outside where your monkey poops, be sure to wear gloves. This will protect you from any parasites or diseases that might be on their waste (including salmonella and E. coli). It’s also a good idea to bring some water with you when cleaning up after your pet primate!

Wherever your pet monkey goes, make sure it’s isolated from the rest of the house and your family. Monkeys can carry and transmit diseases, and their poop is a very good place for the germs and viruses to be in.

Monkeys can throw their poop at people. This is a form of communication where they let other monkeys know that they are being threatened or attacked, so it’s something to avoid!

You can learn why do monkeys throw poop and how to stop your monkey from doing it in this guide.

Where should pet monkeys not poop?

In places where the monkey will touch things with his hands and feet after going potty. Monkeys have a very strong sense of smell, so they will associate where they go potty with the area where it smells. They can then touch things in that area and spread germs everywhere!