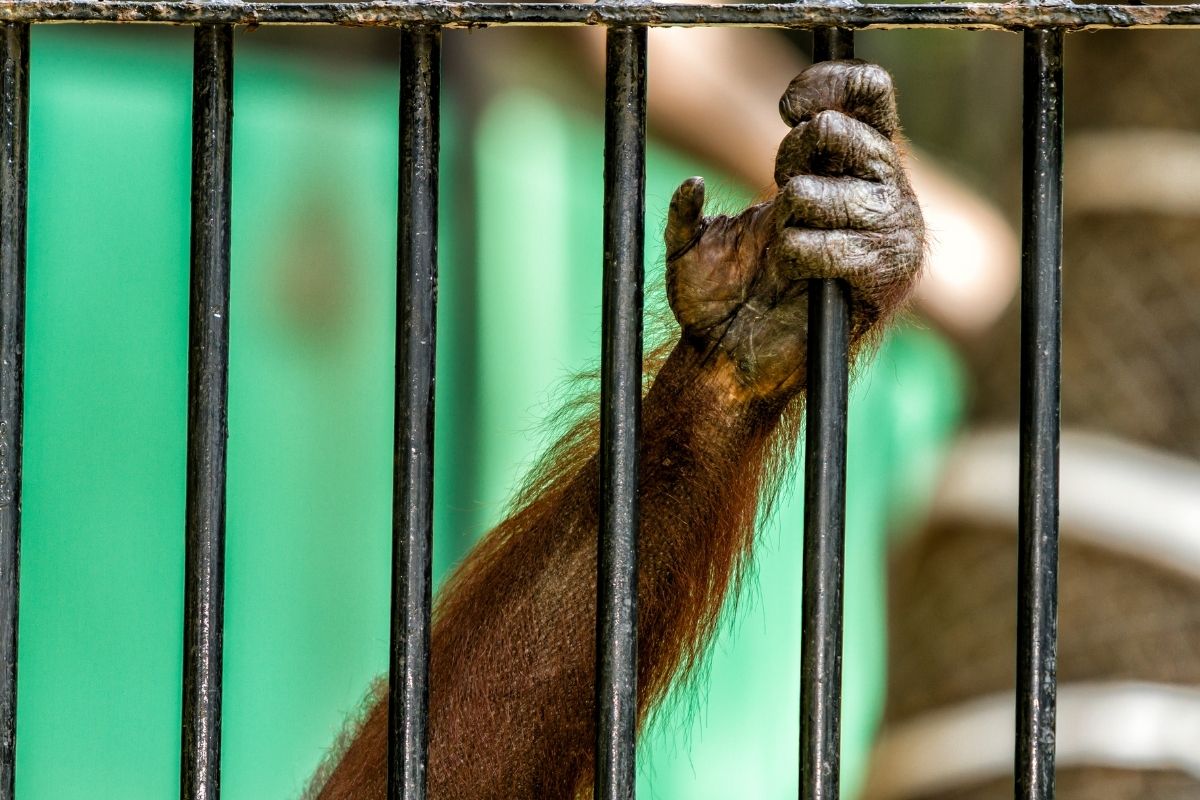 We are all aware of the controversy around keeping pet monkeys. Some people argue that they are not meant to be pets, while others argue that it is cruel to keep a pet monkey.

I have met, talked, and discussed this with many people from both sides, some of which are very strong advocates for their side, and I’ve heard everything there is to hear so I could give you the definitive answer.

I know this answer is probably more complicated than you thought it would be, but it really is the truth. In most cases, it is going to be cruel for you to keep a pet monkey.

To learn why is it cruel for most people to keep a pet monkey and when is it not cruel to keep one, keep reading…

Why is it cruel to keep a pet monkey?

It is cruel to keep a pet monkey because you are removing them from its natural habitat. They have to live in unnatural conditions, and they don’t get the same benefits as wild monkeys would have.

What does this mean? Here is a simple breakdown;

So, all these reasons make it look like it is impossible to keep a pet monkey without being cruel, right? Well, that is also not the case. If you truly want to give your pet monkey the best life, then it won’t be cruel, and in fact, can be an upgrade to the monkey and give them some advantages they would never have in the wild.

When is it not cruel to have a pet monkey?

It is not cruel to keep a monkey as a pet if you can provide your pet monkey with everything they need – which is very hard to do by the way, but it is definitely doable with enough resources.

How? Here is how it can be okay or even good to keep a pet monkey:

Conclusion: So, should you have a Pet Monkey?

Ultimately, the decision to have a pet monkey or not will depend on you and you alone. If it is legal to have a pet monkey where you live and you can provide the animal with long and happy life, then you can find the experience of living with pet monkeys, although difficult and challenging at times, incredibly rewarding and unique one.