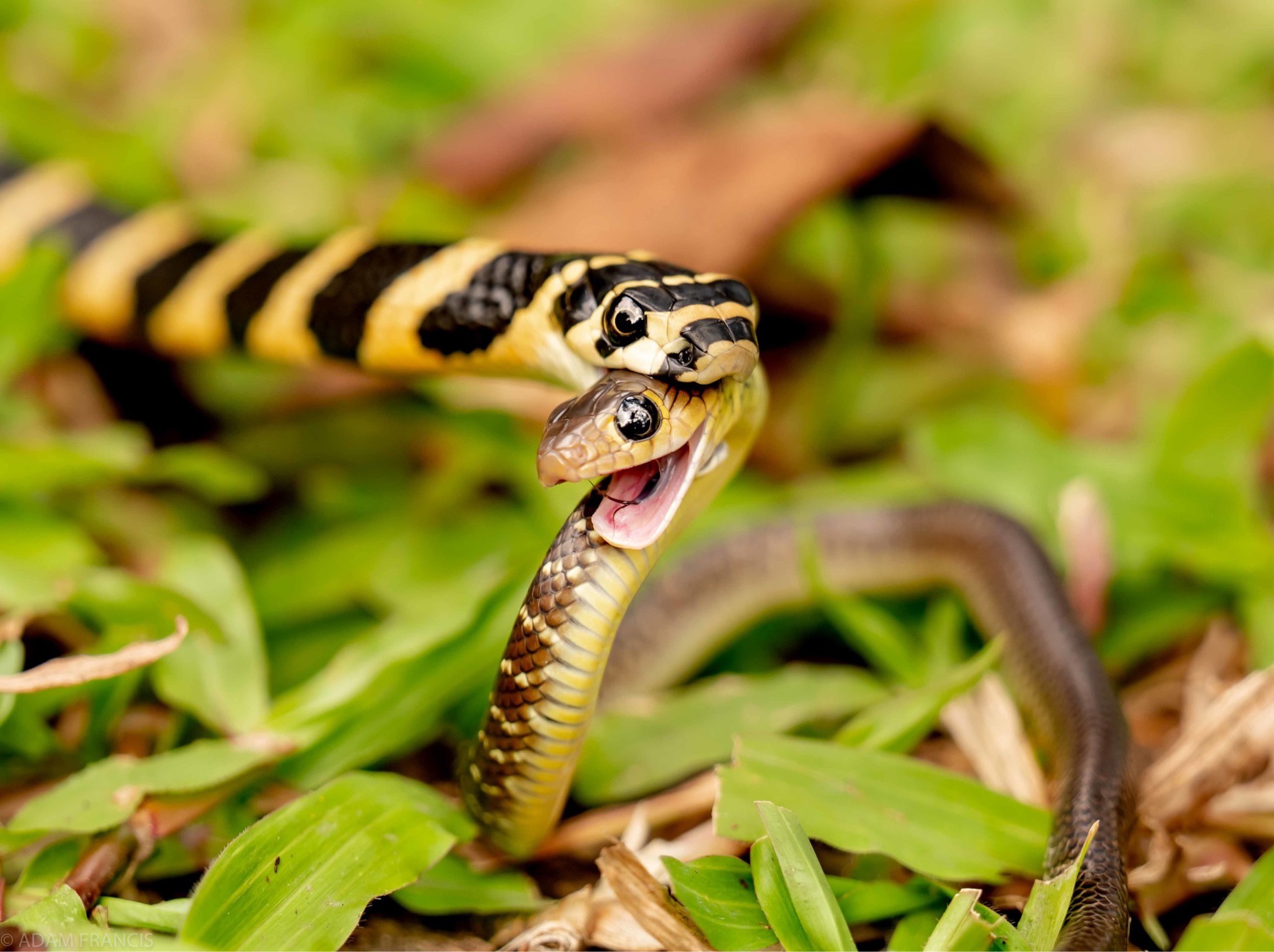 Snakes are known for being fierce predators that have a reputation of being dangerous to humans. However, what would happen if a snake bit another snake?

Some people think that snakes will not fight each other since they are very solitary creatures and don’t have any social hierarchy, but snakes do bite each other, especially when fighting for a mate.

In this article, I’m going to do my best to answer your questions about why snakes bite each other, what happens when they do, and why are snakes immune to their own venom (and why this is actually important to know, especially if you own or are planning to own a pet snake, so stick around as I answer all your questions and more.

Do snakes bite each other?

Yes, snakes bite each other , and there are many reasons why they do. Snakes will bite each other when fighting for a mate, to defend their territory, or when they feel threatened.

Do snakes kill each other?

Sometimes snakes kill each other, but it’s not common. Most of the time when two snakes fight, one snake will eventually retreat. However, if a snake is bitten by another snake and injected with venom, it can die.

This is not new, and it’s the same as with every other animal on the planet, whether it’s injecting venom into your opponent or talking badly about the other men your know the girl you like is interested in, finding a mate is a competitive and often a dirty game.

Why do snakes bite each other?

There are many reasons why snakes might bite each other, but the three main reasons are when they are fighting for a mate, defending their territory, or when they feel threatened.

Can snakes eat other snakes?

Yes, snakes can and do eat other snakes. In the wild, they will eat smaller snakes as prey, but there are also species of snake that will cannibalize their own kind.

Why are snakes immune to their own venom?

There are two main reasons why snakes are immune to their own venom;

The first is that snake venom is harmful only when it enters the blood circulation. This is why snakes must bite other animals to administer their poison. The snake stores the venom in a particular region of its body known as a gland, which keeps the venom out of the snake’s blood system and protects them from it.

When bitten by a snake, the venom enters the bloodstream and causes tissue damage. However, what’s interesting is that snakes are immune to their own venom because it was probably a very good idea for them to evolve like this if they have so much of it!

The second reason snakes don’t perish from their own venom is that they have the ability to create their own antidote, which is a substance that prevents them from being harmed by the toxin. Snakes also have unique immune cells in their bodies, known as antivenom immunological factors, that can fight and protect them against their own poison if it enters their blood streams.

The immune cells adhere to the venom if it enters the snake’s circulation, aiding in the snake’s elimination of the venom without becoming ill.

Although these cells can protect the snake from little amounts of venom, they don’t provide enough protection to allow snakes to survive if they are bitten by another poisonous snake from another species.

What happens when a snake bites another snake?

What will happen when a snake bites another snake will depend on the species of both snakes:

Can a snake die from a snake bite?

Snakes can indeed die from snake bites, whether it’s due to the venom (in case it was the bite of a snake from a different species) or because of the blood loss and trauma caused by the bite.

In fact, a snake can die from its own bite, which is kind of fascinating, especially when you know that snakes will bite themselves to death intentionally sometimes. You can learn why would a snake bite itself to death here.

So, what happens when a snake bites another snake? It really depends on the species of both snakes and what kind of venom they are carrying. However, in most cases, if both snakes are venomous, the bitten snake will probably die from the bite.

Remember; if you see a snake in your yard or your house, contact a professional and don’t try to kill the snake yourself. Snakes can bite even after they are decapitated or killed, so for your safety, keep your distance and call a professional to deal with it.

Would a venomous snake die if it bit itself?

A venomous snake is unlikely to die if it bit itself because snakes are immune to their own venom, however, any snake can die from its own bite due to blood loss or the trauma of the bite. Snakes sometimes bite themselves when they mistake their own tails for the other snakes.

Do Venomous snakes attack each other

Venomous snakes do attack each other for various reasons including fighting for a mate, for a prey, or for territory. However, venomous snakes from the same species will not die from their bites and a venomous snake can only die from the venom of another species. Snakes rarely attack each other in the wild, though, and a snake will retreat rather than fight another snake most of the time, especially if the other snake is larger or more dangerous.